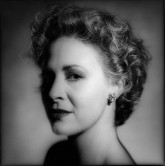 Today we have a somewhat acoustic oriented show. The mood is set by Julie Christensen and her Stone Cupid who are back with an acoustic but gritty new album. We also check out the new music from Kim Simpson over in Texas who has gone political on his new album. Judy Dyble who used to be Fairport Convention is back with a new album, actually second in a year. She’s very active recently. Ray Davies of The Kinks is also back with the second installment of his Americana series.  We introduce Jill Jackson from Scotland and Lucy And The Rats from London, although Lucy Spazzy comes originally from Australia. Dead Rock West are on our live in Cleveland segment.