Today we have a roots oriented episodes mostly based around several new releases. Amy LaVere has a new album and so does Rodney Crowell. He is backed by a slew of friends with big names on the music scene. We also introduce music by Katie Von Schleicher from Brooklyn and Karen Jones from Fredericksburg Virginia. We also have some high quality zydeco by Dwayne Dopsie and Tom Heyman is in our Live in CLE segment. Today’s show is dedicated to Neal Casal and Donnie Fritts who we lost recently. 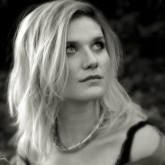 Yawpers are back with their third album and so is Eamon McGrath, this time with the newest single. We dig into Memphis neo-traditionalists, Luther Dickinson collaborates with Amy Helm, Amy LaVere, Sharde Thomas and the Como Mamas as Sisters of the Strawberry Moon and another four of his friends, Rhiannon Giddens, Amythyst Kiah, Leyla McCalla and Allison Russell, perform together as Our Native Daughters. Also down south, our good friend Kim Simpson has a new album and we check out Helen Rose for the first time in our show. Veteran and legendary musician who played with Iggy Pop, David Bowie and Todd Rundgren, Hunt Sales is back in a new project. Finally, Scientists visited our town and we check out their new song.

Just as we introduced the new John Paul Keith’s new single, his new album with The Motel Mirrors also came out. It also features Amy LaVere and Will Sexton in the line up. The rest of the new music today are all new introductions. First we have two new bands form Los Angeles: Dommengang and L.A. Witch. Clevelander and a hopeful in the comedy business Dave Hill teamed up with Chris Reifert from Autopsy and Death in a new band called Painted Doll. We also have Bad Moves. They come from Washington DC. Australian Rebecca Louise Chilcott goes by the name of Ruby Boots and another singer songwriter, Sue Foley comes from Canada. They both have new interesting albums. Rench is a guy from Brooklyn who mixes country with hip hop beats in his band Gangstagrass, but this time we check out his new solo record.

Here we are today with our new episode that brings your the new Boss Hog tune. Yes, Christina Martinez is back! Young Lydia Loveless is back with her third album, and she’s shooting high! John Paul Keith and Amy LaVere are tinkering in studio for the new Motel Mirrors record. Over in Madison WI, Rocket Bureau is working out some healthy power pop. We also Folky Wonky Tonk from Kentucky and Cian Nugent from Ireland. And we finally got that single from the new Evan Dando band The Sandwich Police.

Low Cut Connie new album Hi Honey is out as of yesterday and we check out the new track that closes the album. Jimbo Mathus is back with the new record called Blue Healer. Amy Lavere has an album with Will Sexton where she goes back to her previous songs looking for a more intimate atmosphere. Boz Scaggs is back also with a really cool new record which mixes various musical genres into an entertaining blend. Mikal Cronin has returned with his 3rd solo record. We also introduce Ethan Daniel Davidson from Detroit with a recording that he made together with Danny Kroha. And finally, we sadly report that Percy Sledge has passed away.

Today we represent the brand new album by the phenomenal Memphis bass player Amy Lavere. She also participated in an interesting project called the 78 Project which is set around recording modern musicians by cutting directly onto a 78RPM acetate the way it was done back before the magnetic tapes were invented. The project was started by Lavinia Jones Wright and Alex Steyermark as a nod to the great American blues archivist Alan Lomax. We also check out the new tune recorded by Frank Black and the Catholics, inspired by the great SST band called Angst. Alvin brothers Dave and Phil, the founding members of the Blasters, are back together with a new album called Common Ground and it’s all about the Big Bill Broonzy old songs. Finally, we represent a piano and drum duet from Chicago, The Claudettes.

A ton of new things today. A lot of it comes from advanced downloads that artists made to promote their upcoming records, so search, stream and download. Amy LaVere and John Paul Keith have a new duet together called Motel Mirrors. Howe Gelb has a new tune that he recorded together with Will Oldham. City of Cool from Australia also have a new tune and so does Eamon McGrath. His new song Exile is meant to announce a three part series of eps that will eventually comprise his future LP. R. Stevie Moore has a new hilarious song as a support for Pussy Riot and he has a reissue of his 1978 record called Delicate Tensions. Alejandro and Javier Escovedo together with Jon Dee Graham reunited into True Believers and prepared a newly recorded song as an advance for their future new record. Talking about reissues, The Replacements are back together and I saw that over in Toronto. They sounded great and we have three songs bootlegged at the reunion show today. Two new exciting records are also out Bras by Bad Sports and Nobody Realizes This Is Nowhere by Terry Malts. And Dirtbombs! Two new records, one with brand new records done in bubblegum rock style and the other – a compilation of B sides and singles.

The Replacemetns – Achin’ To Be;
The Replacements – Takin’ A Ride;
Modernettes – Rebel Kind;
True Believers – Rebel Kind;
True Believers – Gipsy Son;
Bad Sports – Would You Wait For Me Too;
Bad Sports – Nothing In This World;
Terry Matls – I Was Not There;
Terry Malts – No Good for You;
Amy LaVere – Killing Him;
Motel Mirrors – Meet Me On The Corner;
Howe Gelb – Vortexas;
R. Stevie Moore – Schoolgirl;
R. Stevie Moore – Free Pussy Riot;
The Dirtbombs – Hot Sour Salty Sweet;
The Dirtbombs – Candyass;
City of Cool – Controlled;
Eamon McGrath – Exile;
The Replacements – IOU.

We start off with the new band in the show today. Their name is Mouthbreathers and they come from Lawrence, KY. Another new band for us is The Fish, which don’t play together anymore. Their leader Chuck is now in Nude Beach, which is also a guest at our Live in CLE segment. We also have one new lady in the show today. She is Ariane Mahryke Lemire and she comes from Edmonton, Canada. Eamon McGrath joins her on a song that we check out today. We know Valerie June from her last year’s collaboration The Wandering with Luther Dickinson, Shannon McNally and Amy LaVere. She now has a solo album out, produced by Dan Auerbach. We also have one new tune for King Khan. Finally, we say goodbye to Dejan Kostic, a musician from Belgrade who played in two very interesting new wave bands, Grupa i and Du Du A. Sadly, he passed away last week.

Today we review some parts of the blooming and booming new San Francisco rock’n’roll scene, lead by Ty Segall who has a new album out there called Twins. We also check out the wonderful cajuns from Switzerland, Mama Rosin, who made a new album in New York City with Jon Spencer and also have another ad-hoc project called Les FrÃ¨res Souchet. Talking about the Francophone stuff, we have a new single for Perpignan’s Jack of Heart and including their potent cover of Gun Club’s For The Love of Ivy recorded live in Cleveland. We close the show with Amy Lavere and Shannon McNally with their new tour rehearsal tapes and with Lucy Kaplansky’s cover of The Beatles tune I’m Looking Through You.

Today’s show is dedicated to Nick Curran who we recently lost after two years of battle with throat cancer.

Unfortunately, today we say goodbye to two great rock musicians who died recently. First of all, Tim Mooney who was in American Music Club passed away on June 15th. Then, most recently, Deep Purple keyboardist Jon Lord also passed away a month later, on July 16th. We remember them both today. Lil’ Band O’ Gold are also back with a new record after 12 years, this time dedicated to the good old Fats Domino. Redd Kross are back rocking their heads off with the new record called Researching The Blues. Luther Dickinson is quite busy recently. First he prepared a collection of live recordings that he and his brother recorded with his father Jim Dickinson shortly before his death. Also, there’s a new band for Luther himself, a supergroup The Wandering that consists of Shannon McNally, Amy LaVere, Valerie June and Sharde Thomas. Kevn Kinney is also busy. After his great solo record earlier this year, he also reformed his old band Drivin n’ Cryin’. Kelly Hogan, who we know from Jody Grind and as a backup singer for Â is also back. She has a new record I Like To Keep Myself in Pain. And let us not forget Turf War – a new band from Atlanta, live in CLE!