As accustomed, every year around this time we look back and review some of the best albums that I’ve enjoyed in the past year. In this installment of the Little Lighthouse, we review albums that took #30-#14 positions on my list. Although, it should be said that the list is that of a moment, and not a result of a very careful deliberation. Enjoy the music! Top 13 next week. 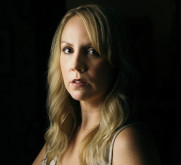 Today we start with two american singer-songwriters: Gurf Morlix and Steve Gunn. We also end with two ladies with the same first name: Mary Bragg from Nashville and Mary-Elaine Jenkins from New York City. Right in the middle, we check out the new tunes from the legendary Meat Puppets and the Memphis supergroup Motel Mirrors. We also pay respects to Hal Blaine, a phenomenal drummer and a Wrecking Crewman that played on a lot of hits, and very inventively so.

This article is a dual review of two similar, but equally excellent records that came out in 2013. The band Meat Puppets is one of the progenitors of what was known in the 80s as the “new american rock’n’roll”. This is not a place to recall their brilliant career through the 80s, their rub with mainstream in the 90s and problems that they were going through after that. Let’s just say, it would make one hell of a bio pic. Six years ago Kirkwood brothers Curt and Cris reunited, first with Ted Marcus and then with Shandon Sahm on drums. Three albums that they recorded in those years were good, but somewhat pale when compared to the classical records that they used to make. Last year, the fourth album since the reunion came out and it’s called Rat Farm. With Rat Farm, Meat Puppets are finally fully in shape. The new album can stand head to head with their diverse 90s mainstream records and poetically reminds of their abstract psychedelic work Up On The Sun. Puppets also sound fantastic live, and those who saw them “back in the day” claim that they are as good as ever. And this is all wonderful news.

Also, in past two years, their old SST catalog got a nice set of reissues on vinyl, all those records are wonderfully mastered and totally worth getting if you don’t have the old ones already. The records were specially pre-mastered for vinyl by Greenhouse Audio, lathes were done by Clinton J. Holey and duplication was done at Cleveland’s Gotta Groove. I also have Rat Farm on vinyl and it’s lavender colored. Vinyl master was done by the Canadian company Vinyl Record Guru and unfortunately, my copy has a slight distortion problems in mid frequencies. But a huge plus is a nice gatefold cover with big Curt’s art on the front and lyrics printed inside.

One thing that’s characteristic for Meat Puppets are Curt’s crispy guitars and great vocal match between the brothers Curt and Cris. Canadian band The Sadies is also lead by two brothers, Dallas and Travis Good. They also have a great guitar style and duet vocals that have a brotherly matching quality. Sadies are known as handling multiple musical styles. They are equally competent in country rock, especially their 2004 album Favourite Colours or in surf rock, as they were on their 2006 release Tales of the Ratfink. They are also hired session musicians for many diverse artists, from Neko Case to Andre Williams. This year they released Internal Sounds. The lyrics have that same nursery rhyme abstractness as the Puppets record Rat Farm and this is not where the comparison with the Puppets ends. The entire record sounds like a really cool lost Puppets record from the 90s to me, all with vocal mannerisms from the Good brothers, guitar solos, psychedelic country mood. Another comparison that makes sense is the Yardbirds, especially their ragas and nursery rhyme psychedelic craziness such as Tinker Taylor Soldier Sailor. The Sadies must be very proud on both of those influences.

Talking about ragas, the Sadies record finishes with one. It’s a song that puts the spotlight on the legendary sixties folk singer Buffy Sainte-Marie. She guest stars on vocals, mouth bow and chips in as a lyricist.

In any case, both Rat Farm and Internal Sound bring back the exciting Meat Puppets sound of their prime, which made me listen to those two records in succession multiple times, which was also why I had to write about these two albums in one single article.

Vinyl copy of Internal Sounds comes in a pretty, shiny gatefold cover with embossed white lettering. The vinyl mastering and duplication is done by the Cleveland team Gotta Groove, but sadly, something went terribly wrong on this one. This is strange since this company had a flawless record so far in my book (I just said some really great things about their work with the Meat Puppets reissues!). Grooves are distorted pretty much throughout the entire record. Starting from the third song on each side, sibilance on high ends becomes pretty obvious. Mid frequencies start falling apart as early as the second song. Perhaps pre-master had some compression that simply wasn’t vinyl friendly in this case? The good thing was that the record came equipped with the download card, which was a must in this case for me.

Today we start off with some recent collaborations of Robert Plant with younger bands. Then we move on to the new Resentments album who regrouped after their founder Stephen Burton passed away four years ago. Garage soul singer Barrence Whitfield reunited with his Savages and put out the new record called Dig Thy Savage Soul. Canadian rockers The Sadies also have a new album, and it sounds a lot like Meat Puppets, which we fully support. Tommy Keene has an album of covers and Eamon McGrath threw out another new mp3 to public. Finally, we have a great pleasure to introduce Livids – the new band for Eric Davidson from New Bomb Turks.

Today we have two obituaries, one for Bill Bartell, better known as Pat Fear from the satirical punk band White Flag and the other for Jackie Lomax, one of the Apple recording artists back in the early 70s.

Today we feature the new music for the long time rock legends Meat Puppets who have a new album Rat Farm. Our old friends from Australia, City of Cool have a new single and we pick one song in a string of demos by a musician from Å abac, Marko ArtukoviÄ‡. Shannon McNally has a new album called Small Town Talk, which is a very nice tribute to late great Bobby Charles. Dirtmusic is also back with a new song. New band today James And The Ultrasounds from Memphis.

We also say goodbye to three musicians today. Ed Cassidy from Spirit passed away in December last year, but I only recently found out about that. Rick Huxley from Dave Clark Five passed away last month. But, perhaps the most devastating loss that we cover today is death of Ted Flynn, a guitar player from Cleveland who passed away last week at a very young age from a bad asthma attack.

First half of the show today is dedicated to legendary punks and last Monday in Cleveland. On that day, we had two events that threaten to be the events of the year. First, at the Rock’n’roll Hall of Fame we had a chance to see four legendary Cleveland punks who returned to the city to promote their new books. David Thomas, Cheetah Chrome, Mike Hudson and Bob Pfeifer had a great chance to reconnect with their native audience and reaffirm their well known love-hate relationship with the sweet home of Cleveland. Then, at the Grog show we had a chance to see Mike Watt live with his Missingmen. They played their new opera in its entirety and it worked really great as a single piece without interruptions. The next set was a short but furious and unforgettable Minutemen set. It was one of the best things I’ve ever seen. The second half of todays show is dedicated to some new records that came out. Lords of Altamont have a new record and they covered The Litter’s Action Woman. Another great cover today is that of Kill Devil Hills song Drinkin’ Too Much, this time on the new record for James Leg, the front man of Black Diamond Heavies. Meat Puppets are also out with the new record called Lollipop.

Also, try to remember and check out our full line up of bonuses today. Zikica Simic’s Tajanstveni voz, Igor Mitic’s Sympathy for Rock’n’roll and the second installment of Chicago’s one and only Poetry Music Scene.

This show goes to all the gig-goers in Cleveland. I made it inspired by a busy week in which I saw live shows by The Meat Puppets, Ian McLagan, Dinosaur JR and Jack Oblivian. I had to miss Reigning Sound, but from what I hear, it was a great gig. We also have some new stuff. We represent two bands from a new generation of Zagreb rockers. My Buddy Moose, who we know from their self-titled album a few years ago and The Revolts. My Buddy Moose has a new album coming up next year and we hear exclusive tracks from it while they are searching for a publisher. Mike Watt has a new project called Il Sogno Del Marinaio with Italian musicians Stefano Pilia and Andrea Belfi. We also introduce The Revelators for the first time at the Little Lighthouse, although they’ve been around for some time.

We begin today’s show with several rebellious songs to help with keeping the spirit of the Zagreb students that are protesting new tuition fees that were imposed on them. Second part of the show introduces new albums for Bob Dylan, Meat Puppets and Thee Oh Sees. Thee Oh Sees debuted last year with their album Master’s Bedroom… In today’s show we check out the new one, called Help, and a compilation of their re-recordings Thee Hounds of Foggy Notion, which came out a few months ago. New Dylan’s album Together Through Life is perhaps the most talked about record recently. Legendary Puppets out out the second album after their recent reunion and it’s cold Sewn Together. Through life?