October show brings new music from All Them Witches, Oh-Sees and Karkara. San Mikulec over in Croatia is back with another Snooze in Motion EP. From Seattle, we have Naked Giants and Skylar Gregg is hailing from Nashville. We also introduce a new project for Wooden Wand and Nick Mitchell-Maiato, which they call One Eleven Heavy. 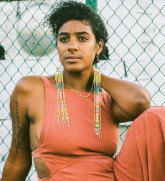 Leyla McCalla over in New Orleans is back with the new album entitled Capitalist Blues. John Wesley Coleman III, from the neighboring state of Texas also has a new solo record. Part Time Lover in my home-base of Cleveland has a new single for Blue Arrow Records (our sponsor). On the other side of the world, King Gizzard and the Lizard Wizard come with the new single. Over in whatever is left from Yugoslavia, we have two new exciting tunes. Snooze in Motion with their new single (or I should say his new single, it’s just one guy, San Mikulec from Zagreb). Koala Voice come from Kisovec in Slovenia and we have them here for the first time. We also have two tributes. Blue Cheer drummer Paul Whaley passed away in late January and Korni Grupa bass player, Bojan Hreljac passed away in December.

Today we start off with the new song from a brand new album of the band that we really love here, Faux Killas. We also introduce Hidden Rifles, the new project lead by Matthew Wascovich and also features Norman Westberg (of Swans) and Mike Watt. Chinese Herbal Medicine is also back with the new album Alienation. The most pleasant surprise in today’s show is the new album from Broadway Lafayette, a Cajun music project that features Mick Collins, Mama Rosin and Matt Verta-Ray from Speedball Baby. The second half of the show is filled with interesting stuff from the Balkans. We feature releases from the Canadian label Ill In The Head Records which specializes in Yugoslavian music. They have currently two releases on vinyl, Bernays Propaganda remix record and The Marshmallow Notebooks debut. From Croatia, we have the new stuff from San Mikulec and his Snooze In Motion and a very special collaboration between Branimir Å½ivkoviÄ‡ of Overflow and Zvonka Obajdin of Svemir. Finally, we play some new and rare old tunes from the legendary PeÄ‘a VraneÅ¡eviÄ‡ of Laboratorija Zvuka.

Today we hear some new music from the kings of lo-fi rock, Robert Pollard and Guided By Voices. He is as productive as ever. Following his footsteps in lo-fi, we introduce City Yelps from Leeds UK and Honey Radar from Indiana. Paul Kelly is back with a set of Shakespearean sonnets. Plastic Pals form Sweden have a new single. San Mikulec, a one-man band in Croatia is back with the new project called Snooze in Motion and we close everything with John Doe of X with his new album. Bob Hillman is a new name in show, he recorded an albums with the help of Peter Case. We pay respect to Jadranka Stojakovic, probably the greatest female character that ever came out of the Yugoslav pop and rock scene. She passed away yesterday.