Today, we start with the new single for Petrified Max who are very productive in recent months. UV-TV is also running steady with one mini alum per year and today we introduce the latest one. Nick Saloman and Bevis Frond are back again with their new album and so is Thalia Zedek who we know from the days when she was in Come. Out good friend Clara Engel has a new album and Mattiel is back with new single. In our final block, we introduce James McMurty from Austin TX and Brothers Steve, a band from LA. 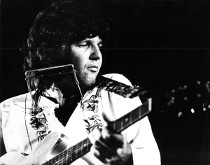 We reported earlier this year that Porcupine over in Minneapolis had recruited Greg Norton from HÃ¼sker DÃ¼ as a bass player. Their new album is out and there’s a cover of a HÃ¼sker DÃ¼ song Standing By The Sea among other really good originals. Tav Falco also has a new record out. Thalia Zedek is very productive this year. After an album with her new band E, there’s also a new one of her own. We introduce Dee Rangers from Sweden, Grip Weeds from New Jersey, Caddy from Norway and Warm Drag, a duet from Los Angeles. We pay a tribute to Tony Joe White who passed away on October 24th this year. 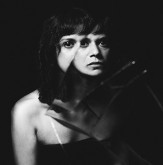 Thalia Zedek and her most recent band E are back with some new tunes on a new album Negative Work. Looks like Oh Sees dropped Thee from their title permanently. Also we introduce new names for us: Pastor in Austria, Civic and Last Quokka from Australia and Mooner from Chicago (not to be confused with Mooner from Indonesia). Jonathon Robert Lindaberry is a one man band The Bones of J.R. Jones. Shilpa Ray comes from New York City and covers an Alice Cooper tune on her new single.

We begin with a couple of veterans from Australia. Deniz Tek of Radio Birdman is back with the new record called Detroit. Leadfinger is lead by Stewart Cunningham and has been around since the grunge days. The most famous band from Boise Idaho is Paul Revere and The Raiders. Mark Lindsay was their singer and he has a brand new album Life Out Loud. Guided By Voices has another new record, I lost the count. Brimstone Howl singer John Ziegler has a new band called The Lupines and we check it out. JJ And The Real Jerk are from California and we check out their latest EP In The Alleyway. Krayolas are back with Canicas Marbles. Finally, legendary Thalia Zedek of Come and Uzi has a new EP called Six and we also played one song from her recent gig in Grog Shop.

Today we have two big comebacks. Mudhoney are back with the new album Vanishing Point after five years and Godfathers are back after 18 years wutg a new record Jukebox Fury. We also present the Rain, a new name from Norway, a trio obsessed with The Beatles. Another new name today is Purling Hiss from Philadelphia. We also have announcements for new records from Thalia Zedek (ex Come) and Michael Tarbox (ex Tarbox Ramblers). Mark Lanegan joined forces with London based musician Duke Garwood on a new record called Black Pudding.

This show is dedicated to Jason Molina of Songs Ohia and Magnolia Electric Co. who died on March 16 this year in Indianapolis.

Mikal Cronin – All I Really Wanna Do;
Mudhoney – Into The Drink;
Mudhoney – I Like It Small;
The Godfathers – I Want Everything;
The Godfatehrs – If I Only Could;
Tim Lee 3 – Weird Weather;
Rain – A Day in the Life;
Purling Hiss – Rat Race;
Come – Orbit;
Thalia Zedek Band – Walk Away;
Michael Tarbox – When The Fire’s Out;
Tarbox Ramblers – Already Gone;
King Gizzard And The Lizard Wizard – Year Of Our Lord;
Songs Ohia – I’ve Been Riding With The Ghost;
Spacer Ace – Live in CLE;
Brian Lisik – Small Town Royal Family;
Mark Lanegan and Duke Garwood – War Memorial.

Sad news from Zagreb, folks! Drazen Vrdoljak, one of the most memorable sidemen of Yugoslav rock’n’roll scene died recently at the age of 57. The first part of the show is dedicated to the music he either liked or participated in making. In any case, Drazen Vrdoljak was one of the most enthusiastic promoters of rock music back in the country that I came from. We also have some new stuff at the lighthouse, The Mojomatics are in with the new album Don’t Pretend That You Know Me and Thalia Zedek with Liars and Prayers. Eddy Current Suppression Ring is a new band from Australia and they debut at the Little Lighthouse with Primary Colours LP.