Today we introduce the newest album from King Khan’s 17 year old daughter Saba Lou. Also new to us is Tucson AZ one-man-band Diners lead by Tyler Broderick. Great new albums with loads of catchy songs are released by More Kicks from London UK and The Whiffs from Kansas City. Willie Nile is back with a new record and so are Tim Lee and Susan Bauer, together this time as Bark. Schizophonics new LP is also finally in our hands, it’s called People in the Sky. We also introduce a relatively new track from Julie Christensen. Next week, we begin our review of best albums in 2019!

Rodney Crowell with Billy Gibbons – 56 Fury;
Willie Nile – Somewhere It’s Raining;
Bark – Drilla Hole;
Bark – Signal;
Trixie Whitle – Danger Mind;
More Kicks – What You Thinking;
The Whiffs – Seventeen;
Lisa Prank – Truth About You;
The Bevis Frond – Blew Me Out;
The Magnolias – When I’m Not;
Diners – You’ve Got It;
The Schizophonics – Like a Mummy;
Faz Waltz – Oh Penny;
Trotsky Icepick – Trust;
Scarcity of Tanks – Gentlemen On Junk;
Longport Buzz – Who Is He;
The NoMen – Salvage My Youth;
Saba Lou – On The Fields;
Julie Christensen – Breaking Open. 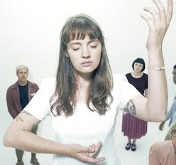 Today we check out the new music from John Hiatt and Sarah Borges with her Broken Singles. Tim Lee and Susan Lee Bauer are back with a new single for their duet Bark. KT Tunstall has been around the scene 15 years now, but we introduce her for the first time here at The Little Lighthouse. We also introduce Madeline Kenney from Durham NC, Jeremy and The Harlequins from New York City, Exit Group from Berlin and Les Envahisseurs from France.

Gear Daddies – Cut Me Off;
KT Tunstall – The Healer (Redux);
Madeline Kenney – Cut Me Off;
Hurry – The One I Want;
Mega City Four – Shivering Sand;
Bash and Pop – Anybody Else;
Jeremy & The Harlequins – Starlight;
John Hiatt – One Stiff Breeze;
Messerschmitt – Have A Little Faith.ogg
The Hex Dispensers – I’m A Ghost;
Tim Lee 3 – Bullets in the Barn;
Bark – Get Outta Town;
Exit Group – Plastic Coffin;
Disciplina Kicme – Uzivaj;
Weird Sex – If I’m Not Mistaken;
Les Envahisseurs – (Je me croyais) Mod;
Sarah Borges and the Broken Singles – Let Me Try It;
Sarah Borges And The Broken Singles – Diabolito.

We begin the first weekly review of the new music and events in the rock world. Tim Lee and Susan Bauer are back, this time under a new band name Bark. Galileo 7 from the Medway area amd Pugwash from Ireland are back with their own brand of refined power pop. Part Time Lover from Cleveland have a new single, and we check out the B-side. We also introduce Bed Wettin’ Bad Boys from Sydney, Australia. We also pay tributes to Fast Eddie Clarke, the last remaining member of MotÃ¶rhead classic line up. Ray Thomas of The Moody Blues also passed away this month. Oh, and by the way, it’s been 17 years since this little show started out.

We have some nice new projects for the familiar faces at The Little Lighthouse. Jeffrey Evans (68 Comeback, Gibson Bros) plays with Ross Johnson (Panther Burns) occasional gigs in Memphis and now an album of a set they recorded back in 2008 with Jim Dickinson is finally out on a disc. Robert Pollard gathered some old Dayton friends and formed a new band called Ricked Wicky (actually the name of one of his first bands). Tim Lee and Susan Bauer celebrate a 33rd and 1/3 anniversary with an LP of the same title. We introduce some new names in this show this time: Germ House from New Mexico, Two Gallants from San Francisco and The New Piccadillys who play Mersey beat versions of well rock’n’roll standards (mostly!).

We start off in a blues mood. First we have a Danish band from Copenhagen, Baby Woodrose. Their sound, half garage, half blues, is a perfect opener. Then we go deeper in blues. Steve Hill is a great guitar player from Canada and Eden Brent is a singer from Mississippi. Then we have Daddy Long Legs, who had a popular album two years ago with Evil Eyes On You and now they’re back with a new one Blood From A Stone. Towards the end we check out some new reissues with Paul Westerberg and The Shivvers and finish things off with a power pop band Ginnels from Ireland and the new record for Robyn Hitchcock which consists half of covers and half of originals. Don’t forget to stop by Blue Arrow Records. Among many cool vintage vinyl you can find one of my favorite records or all times, Tim Lee And Matt Piucci Gone Fishin’. I will try to feature one Blue Arrow LP each week.

Crowdfunding is a cool new way to help musicians make their albums ahead of time, get some special releases in return and maybe even influence the content in some ways. I mean, without your help, the stuff wouldn’t even be out. Today we introduce two artist that took the road of crowdfunding. Clara Engel is from Toronto and she’s a singer songwriter. She previously published in UK and Italy, but not in North America. She started a website on kapipal where you can help her put together her record. Our old friend from The Windbreakers and Gone Fishin’, Tim Lee with his new band Tim Lee 3 is also crowfunding the upcoming album Devil’s Rope. He has an account on indiegogo. Also, he organized a tribute album to his old pal from the Windbreakers Bobby Sutliff and called it Skrang!. We check out one song that he prepared for this occasion today. Sutliff had a bad car accident and needs help to cover the health care costs. We also introduce two new bands, Velociraptor from Australia and The Strypes from Ireland. Strypes are very young and people talked a lot about them last year. Cleveland bands Pere Ubu and Scarcity of Tanks have new albums and Cobra Verde is in our segment live from CLE. Also, we pay a small tribute to Wilko Johnson from Dr. Feelgood who has been diagnosed with the terminal pancreatic cancer.

Today’s show is dedicated to the 80s new wave scene from Georgia and the South of the USA. Everything is peculiar in the South, so is the new wave scene. The direct inspiration for today’s show is the LP called Jericho Go, a compilation record that was put together jointly by The DB Records in the US and the Stiff Records in UK. Now, it can only be found in rare used records bins in these two countries, and it’s probably not an easy task. Still, it’s an obscure, but a cherished item in my record collection. This show brings every single song from that LP and the rest of the time is filled with some other related tunes either by other Southern new wave bands or related acts from a different era. I hope you will enjoy the second installment of the Vinyl Junkyard.

Today we have two obituaries. Jazz vibraphonist from Zagreb, BoÅ¡ko PetroviÄ‡, better known as B. P, died on January 10. The Scottish singer-songwriter Gerry Rafferty died on January 4. He is best known for his hit singles Stuck In The Middle and Baker Street, but he actually had a pretty consistently good songbook through the entire recording career. We pay tributes to B.P. and Gerry in today’s show. Bubblegum Lemonade is a new Scottish band that’s out to continue their countryman Rafferty’s work. They, however, roughly belong to the new 80s revival, with sound that’s resembles what once was on The Creation label or Paisley Underground, even a good dose of shoegaze. Jump Back Jake from Memphis are here again with yet another ep. Tim Lee has a new double LP called Raucous Americanus – the first truly (and literally) big record for 2011. Gentleman Jesse has yet another new 45. Kyle Thomas’ band Happy Birthday (he’s also in King Tuff) has an LP that came out quite a few months ago, but I only got it now. It’s a really phenomenal record with great pop tunes. Thomas’ proves again that he’s a very talented songwriter.

BP Convention – Mali djecak sa velikim srcem;
The Monkees – The Last Train To Clarksville;
Bubblegum Lemonade – Last Train to Clarkston;
Bubblegum Lemonade – A Billion Heartbeats;
The Parties – Suite: Feet Back On The Ground/I’m Sorry/Going Away Girl;
King Tuff – A Pretty Dress;
Happy Birthday – 2 Shy;
Gentleman Jesse And His Men – You’ve Got The Wrong Man;
Gentleman Jesse – The Rest of My Days;
Jump Back Jake – If I Ever Go Back;
Jump Back Jake & The Echo-Friendly – Flash the Lights;
Tim Lee 3 – Bigger;
Tim Lee – Speak Up Girl;
Eagles Of Death Metal – Stuck In the Middle with You;
Stealers Wheel – Stuck In The Middle;
Stealers Wheel – Good Businessman;
Gerry Rafferty – Don’t Count Me Out;
Josipa Lisac and BP Convention Big Band – Nesto.

Sad news comes to us that the soul legend Solomon Burke died last week in Netherlands. This happened in the middle of the times when his revived career saw new heights. However, in his honor, we play some of his classic hits from the sixties and we dedicate this show to him. We also have some new stuff in today’s show. Australian band You Aim I is back with a self-titled album and Kim Simpson with a new ep which he entitled The Price Is Right. The new name in today’s show is Stephanie Finch, collaborator of Chuck Prophet. The album is called Cry Tomorrow. We also feature the new recordings for Tim Lee and Sweet Apple that one can find on Internet (or as a Japanese only bonus in the case of Sweet Apple).

Rod Stewart – The Killing Of Georgie;
Solomon Burke – Stupidity;
Solomon Burke – Everybody Needs Somebody to Love;
Solomon Burke – You’re Good For Me;
Solomon Burke – Maggie’s Farm;
You Am I – Mr. Milk;
You Am I – The Good Ones;
Eamon McGrath – Dark End Of The Street;
Tav Falco – Tina, the Go Go Queen;
Stephanie Finch – Tina Goodbye;
Sweet Apple – Hold Me I’m Dying;
smRts – Through The Gardens Of St. John’s Wort;
Let’s Active – In Between;
Tim Lee 3 with Mitch Easter – Sirens;
The Windbreakers – Nation of Two;
The Slummers – Tell Me I’m Lazy;
Kim Simpson – Rueda De Fuego.

Tim Lee is a southern gentleman with a respectable career in rock’n’roll behind him. He started out in Mississippi’s own new wave outfit The Windbreakers. Like all proper things that come from the south, Tim’s new wave was deeply rooted in rock’n’roll traditions whileÂ still beingÂ alwaysÂ fresh.Â Forward thinking collegeÂ rockÂ crowdÂ at the time embraced The Windbreakers as a rare jewel and the band kept their cult status throughout the years. Tim also had a very special interstate adventure with Matt Piucci when they gathered Gone Fishin’ recorded a great lost masterpiece Can’t Get Lost When You’re Goin’ Nowhere in 1987. But, much like his friend Steve Wynn, Tim Lee is experiencing a new, exceptionally strong artistic inspiration in past several years with his new trio Tim Lee 3. Baring the sound down to the bones – bass, guitars and drums with added confessional lyrics to top it all, Lee and his trio deliver a straight-forward rock with honesty rarely found today and any day. The new album Good2b3 (Paisley Pop Label 2008), is third in row aimed at the same direction. What adds extra oil to this burning hot platter is contribution from Susan Bauer Lee, bass player of the band and Tim’s wife, who contributes as an author and performer as much as Tim does on this new album. A special credit for this record definitely goes to its engineers Craig Schumacher and Chris Schultz who run Wave Lab Studios in Tucson AZ and who are obviously responsible for capturing the greasy, Crazy-horse-like, live sound of the band.