Welcome to the first regular Lighthouse in 2023! We have new tunes from Trotsky Icepick, Starcrawler, Brower, Speedways and The Routes. Speedways from UK and Brower from New York have exceptionally catchy new tunes. We introduce Pointed Sticks from Canada, Rayland Baxter from Nashville and Varonas from Spain. We also have two tributes. One to Terry Hall, the vocalist of The Specials and leader of Fun Boy Three and the other to Massimo Savic, legendary Yugo rock singer. Both passed away last month.

Nothing but nicely written music today. We start off with a shiny new song from Dinosaur JR, possibly the shiniest one J wrote since Take A Run At The Sun. Alice Cooper recorded a tribute to Detroit and we check out a cover of an Outrageous Cherry song. Rat Columns and Cool Ghouls are back with new singles. A band we used to know under various names (Fruit Sandal and Akibas) is back with a new name: Melody And The Jones. Petrified Max, after a superb album from last year has a new single (it’s a new band for Vitus MatarÃ© and John Rosewall of Trotsky Icepick fame). We introduce a band from Istria in Croatia, Finta De Mona, that specializes into covers from old songs from that region. Trevor Beld Jimenez is a new performer from Southern California. We pay a tribute to two Yugoslavian legends who passed away recently. Mira Furlan and Misa Aleksic of Riblja Corba.

Today we start off with a track from the new album for Alaicia Bognano’s Bully. Then we introduce Tough Age from Toronto. Also, new to us are Manarays from Brisbane and Beans from Melbourne. Australians, of course. Then. We have two solo musicians hiding between the band names. Tommy Marolda is The Toms and Dishelved Cuss is Nick Reinhart. Schizophonics have a new single covering Roxy Music and Trotsky Icepick is back yet again with another new release. They are so prouctive in the past year and a half and it’s to everyone’s delight! We dedicate this episode to Martin Birch, an extraordinary music producer and engineer who passed away on August 9th this year.

Today at the lighthouse we have nothing but the heavyweight legends of rock’n’roll, all mostly with the new material. We start off with Bob Dylan and Neil Young. Bob has a new record and Neil released unpublished recordings from 1975. We also have two ex members of Green on Red with new records for each of them: Chris Cacavas and Chuck Prophet. Their buddy from the same scene, Russ Tolman, who used to be in True West also has a new single out. Their buddy from the same town, Howe Gelb, has a piano solo record and we check it out. Our good friend from Louisiana, a legendary songwriter in his own right, Damien Youth has a new band Belladonna Lovers and we check it out in this episode of the show. We close the show with the new projects from the Trotsky Icepick camp. They are extraordinarily active these days: Vitus Matare andÂ John Rosewall have a new album as Petrified Max and John Talley Jones is withÂ Strikeslip.

Happy new year, everyone. Today we finish the list of best albums in 2019 (top 13). In my opinion, Danny and the Doorknobs return album Jukebox in the LA River stands out in it’s playful quality among the rest of this year’s production. The band also released another digital only album as Trotsky Icepick this year, making a double whammy for all those who were thirsty for their sound since the breakup in the 90s. Our hope is that the band will stay together for many more years to come. Tune in next week for our part 3 where we introduce many nice mini albums (shorter than 30 minutes) and a few other albums that didn’t make the list.

Today we start off with a track from the latest King Gizzard And The Lizard Wizard album. Then we hear a new single from Ruby Boots, who collaborated with Indianola. And we hear it in live and studio version. Margaret Dollrod is back with her new band Heartthrob Chassis. In Belgrade, we check out the new music from Å ajzerbiterlemon. Also from Belgrade, we check out music from the surf trio cleverly named Threesome. Fever Feel from Canada have a new single (it’s a band that we just introduced recently. Over in Sweden, we check out The Janitors. It’s an older song, but it’s a good band that fell through the cracks for me. But the most exciting thing by far is the return album from one of my favorite 80s bands Danny And The Doorknobs. It’s a very surprising return to a band that existed shortly under that name, and is way better known as Trotsky Icepick. Their old album Poison Summer is one of the hidden 80s jewels and their new album might be even better than that. Definitely the most pleasant surprise this year and possibly the greatest return album since Mission of Burma’s ONoffON. 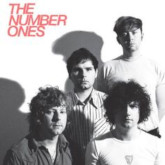 In our year end review (part 3) we hear exceprts from some really good albums that somehow didn’t make it to our top 25 list and we also hear samples from singles, 45s and downloads that did not end up on any album. Still, we enjoyed them a lot! Next week – new stuff! 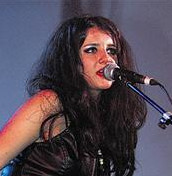 The biggest news for this week is that Trotsky Icepick has a new single. Actually, the tune is already a bit old, but it popped up for me only recently. The Lemon Twigs now have their new album out. Chris Butler and Ralph Carney recorded an album about odd holidays, shortly prior to Carney’s death. We also check out the new one from the Austin’s White Denim, Lena Loveland from Berlin and Codgers from Detroit. James and The Ultrasounds come from Memphis TN. And we also do a little tribute to Aretha Franklin.

The Lemon Clocks – Floating In Space;
White Denim – It Might Get Dark;
Chris Butler and Ralph Carney – Bald and Free Day;
100 Flowers – Head No Heart.ogg
Trotsky Icepick – 1000 points of light;
Trotsky Icepick – World War X;
Lana Loveland – Strange Charms;
Oh Sees – Abysmal Urn;
The Woggles – Live in CLE;
Cat Poewer – Aretha, Sing One For Me;
The Codgers – Aretha;
Aretha Franklin – Save Me;
Aretha Franklin – I Never Loved A Man (TheWay I Love You);
Husker Du – Can’t See You Anymore;
James and the Ultrasounds – Sidewalk Soup;
James and the Ultrasounds – New Subtraction;
The Lemon Twigs – Queen Of My School;
Beechwood – I Found You Out.