Cover version episode today! We will review some of the most interesting cover versions that came out recently with special focus on Will Coutrney, Joe Emery and Daniel Wilcox doing a Byrds song, Mo Troper, Asteroid B-612 and Cheap Trick all doing a John Lennon song, Nicole Atkins doing a Fleetwoods tune, Mark Lanegan in Alice in Chains tune, Lorenzo Wolf doing a tribute to Judee Sill and Switchblade Symphony going for the Rolling Stones. Ton of other interesting versions too! Be sure to check it out.

We’re at the end of this historic crappy year. Still, there’s a good handful of albums that we kept coming back to at the Little Lighthouse. So, let’s take a look back and try to list those albums. Before the complete list of top 30 albums is complete in a week for now, let’s dig into the lower end of that list. For a crappy year, overall, the music was really good.

Today we start off with the new single from Bully. Sofia Bolt from LA has a new single out as well. Also, legendary California punk rocker Alice Bag has a new record and we check it our. Becky Black and Maya Miller of Vancouver, better known as The Pack AD are also back with new music. Eileen Rose’s new album is recorded in Muscle Shoals and so is the new Nicole Atkins album. We introduce a new artist for us, Sylvia Rose Novak who really has an astonishing new album. Tami Neilson over in Canada has a new retro inspired record. Today’s show is dedicated to Betty Wright who passed away on May 10th this year.

We have a pretty rocking show today. We start off with the new music by Outtacontroller from Nova Scotia, Canada and Mean Jeans from Portland OR. We introduce new bands for us, Wax Machine from UK, Shrinkwrap Killers from Oakland, California and Germ House from Rhode Island. We also play a recent cover of Can song Vitamin C as performed by Nicole Atkins. Today’s show is dedicated to Tres Warren of Psychic Ills who passed away on March 22 at the age of 41 and Gabi Delgado of Deutsch Amerikanische Freundschaft who passed away on the same day at the age of 61.

Ahead of the upcoming International Women’s Day on Sunday, we dedicate this entire show to more or less recent female performers. We begin with the new country record for Aubrie Sellers who pleasantly surprised us with strong songs and loud guitars, breathing new life into a genre we thought was over. Habibi over in Brooklyn, but originally heading from Detroit are an all female line up fronted by Lenaya Lynch and Rahill Jamalifard. Also in Detroit, Detroit Cobras are back with a recent new single. On the singer-songwriting scene, we have brand new singles for Nicole Atkins, Becca Stevens, Ada Lea and Gemma Ray. The Exbats is a father and daughter duet, lead by the young Inez McClain. 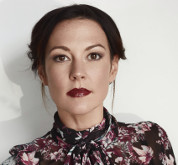 Today we start off with the new music from the Texan violin player Amanda Shires. Then we introduce the new blues singer Shemekia Copeland. A star studded line up helps her on the new record, including Steve Cropper, John Prine, Rhiannon Giddens and Emmylou Harris. Jon S. Williams from City of Cool has some new recordings that he sent to us, so we check that out too. Dan Stuart (ex Green On Red) is back with the new record and legendary songwriter and graphic novelist Peter Blegvad is also back with new music. Dot Dash from Washington are back with the new album Proto Retro. We introduce John Brodeur from New York with his Bird Streets and a duet featuring Lia Pamina and Dario Persi from Italy. Nicole Atkins is live in Cleveland.

Today we start off with the new volume of The Warfaring Strangers from The Numero Group, Acid Nightmares. Then we stay with The Replacements, and we hear the brand new music from Chris Mars and Bash & Pop. Tommy and Bash & Pop teamed up with Nicole Atkins for a new single. We introduce a duet called Whiskey Charmers from Detroit. Also, M.O.R.T. from Croatia is in our show for the first time. San Mikulec and Å tajner Bend are back with the new record. We also play a tune from ESC Life, who are also from Zagreb, and they used to serve as Grant Hart’s backing band for his Ajvarpalooza toor. Finally, Patsy Gelb and her Rats are back with a new song.

Today we introduce several interesting relatively new names on the female songwriting scene. Katie Von Schleicher comes from Brooklyn and EsmÃ© Patterson is from Denver, CO. Nicole Atkins from New Jersey is particularly interesting because she teamed up with Tommy Stinson of The Replacements and Bash & Pop for her upcoming new album. Tommy is also out touring with Chip Roberts as The Cowboys In The Campfire. They stopped by at Cleveland’s Blue Arrow Records and played a few new tunes. We hear one of them today. Talking about Cleveland, Matthew Wascowich is back with his Scarcity of Tanks. They have a new album called Garford Mute, inspired by growing up, and it contains a stellar line up of Pere Ubu and Terminal Lovers bands, plus Doug Gillard and the legendary Steve Mackay, the Stooges sax player with his posthumous appearance. We also check out the new music Left Lane Cruiser and and introduce two new heavy bands, ’68 from Atlanta and Gorilla from UK.

Beach Boys – You’re So Good to Me;
’68 – The Workers Are Few;
Gorilla – Slay Rider;
Gorilla* – Heartless Heart;
The Trashed Romeos – The Grass Is Never Greener;
Jim Dickinson – Grass Is Never Greener;
Cowboys In The Campfire – Breathing Room (Live in CLE);
Cowboys In The Campfire – Fall Apart Together (Live in CLE);
Nicole Atkins – Listen Up;
Andy Gabbard – You’re So Good To Me;
Katie von Schleicher – The Image;
EsmÃ© Patterson – Moth Song;
Coming Up Roses – I could have been your girlfriend;
The Long Ryders – Run Dusty Run;
Tyrannamen – I Can’t Read Your Mind;
The Twerps – she didn’t know;
The Stevens – I know (charles and jerry);
Left Lane Cruiser – Booga Chaka;
Scarcity of Tanks – Embrace.