Today we lead in with uncontested rock legends Blue Oyster Cult who are back with the new record. And then, James Williamson of the Stooges and Deniz Tek of Radio Birdman join forces. Phil May passed away earlier this year, but prior to that, he recorded an album with Pretty Things and that album is out now. Nick Lowe joins forces with Los Straitjackets and Paul Kelly is with Paul Grabowsky. Slim Dunlap’s live recordings surface and we check one of the tracks. We pay respects to Justin Townes Earle who passed away on August 20th this year. 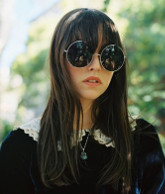 We have a new tune from the productive band out in Nashville called All Them Witches. Paul Kelly out in Australia is also back with a new record called Nature. Peter Holsapple has a weird new album, which was recorded back in the 70s as a demo in Memphis at the same time when Alex Chilton was recording Like Flies on Sherbet so his record label decided to combine demos from both works on a single album. Å umski from Zagreb also have a new record and we introduce new names for us Les Lullies, Tess Parks and Anton Newcombe. Out in England we check out stuff out on Roadkill records, Weird Sex and Projector.

Today we start of with the new music from Guided By Voices and their former band mate Tobin Spout. Then we hear new music from Jenny Don’t, this time with her band The Spurs. Kelli Halliburton from The Pierced Arrows is also there. Jake Xerxes Fussell hails from Columbus, GA and he covered an awesome Jimmy Lee Williams song in a manner similar to Ed Crawford tribute to Elizabeth Cotten long time ago on a fIREHOSE record. Paul Kelly is back with the newest record and we also introduce Rahill Jamalifard and her band Roya. Jason Look of Part Time Lover is live in CLE with a Gene Clark song.

Today we hear some new music from the kings of lo-fi rock, Robert Pollard and Guided By Voices. He is as productive as ever. Following his footsteps in lo-fi, we introduce City Yelps from Leeds UK and Honey Radar from Indiana. Paul Kelly is back with a set of Shakespearean sonnets. Plastic Pals form Sweden have a new single. San Mikulec, a one-man band in Croatia is back with the new project called Snooze in Motion and we close everything with John Doe of X with his new album. Bob Hillman is a new name in show, he recorded an albums with the help of Peter Case. We pay respect to Jadranka Stojakovic, probably the greatest female character that ever came out of the Yugoslav pop and rock scene. She passed away yesterday.

Today we begin our traditional review of the best records at the Little Lighthouse in the past year. Although “the best” should be understood in a very limited way. These records is basically just a very personal selection of new music that stuck with me this year. It may not be the best, but it somehow resonated in my mind. The time will tell whether these records will last longer than one season, but I definitely tend to go back to the stuff that I liked.

The list this year has 25 titles, and we first cover the bottom end of the list. The next week is 2016 and we will cover the top 10. This was a good year for the music from ex-Yugoslavia. We have two bands in the lower part of the list (Vlasta PopiÄ‡ and Bernays Propaganda). One more title will be covered next week. It was also a good year for Swedish bands. This year we have Ghost and BÃ¤ddat FÃ¶r Trubbel. Australians are traditionally welcome on our list(Zerodent, Paul Kelly and one more next week). Memphis, Austin, Detroit and San Francisco still rule in the US. Looking forward to 2016 – hopefully with even more surprises for the new generations of rockers…

Sweet Apple – I Surrender;
The Bevis Frond – Second Son;
Paul Kelly – Where Were You When I Needed You (With Clairy Browne);
The Yawpers – Walter;
Vlasta PopiÄ‡ – O vodi;
The Ghost – From The Pinnacle To The Pit;
Sonny Vincent and Spite – Now That I Have You;
Low Cut Connie – Taste So Good;
Fuzz – Jack The Maggot;
Zerodent – You;
Soldiers of Fortune – Dog Tooth Down;
Cairo Gang – A Heart Like Yours;
BÃ¤ddat FÃ¶r Trubbel – Fran Afterwork Till Lillordag;
Giant Sand – Texting Feist;
Bernays Propaganda – ÄŒuvaj se od tie Å¡to te Äuvaat.

Unfortunately, today’s show dominates with a no less than five obituaries. We pay respects to Vlada Divljan, Andy Fraser (from Free), Sam Andrew (from Big Brother and The Holding Company), Michael Brown (from Left Banke) and Daevid Allen (from Gong).

We also hear new music for Tav Falco, Paul Kelly and Summer Cannibals from Portland OR. Our friends at the Blue Arrow Records bacame a record label. They issued two new singles for Jonathan Richman – so cool!!!

Today we say last goodbye to two important rock’n’roll musicians. Ray Manzarek played keyboards in The Doors and passed away on May 20th from bile duct cancer. Trevor Bolder, bass player in David Bowie’s Spiders from Mars and Uriah Heep passed away on May 21st from pancreatic cancer. Both will be remembered for their big contributions to the world of music. We also ding some time to hear some new music. Oblivians from Memphis have a new record out called Desperation and they are back together in the studio for the first time after 15 years. Mark E. Smith continues to toil with The Fall and we sample the new album called Re-Mit. We introduce Dan Kelly, nephew of Paul Kelly, with his cover of Paul’s song Crosstown and a song in our Live in Cleveland segment.

Today we open up with our good friends Cheap Wine from Pesaro in Italy, one of the best Americana band outside America. We also represent the new album from the Australian singer songwriter Paul Kelly. Sarah Borges joined forces with Los Straitjackets for a cover of The Rolling Stones Let’s Spend The Night Together. Buddy Miller joined forces with Jim Lauderdale for a new album together. And Trixie Whitley visited Cleveland with her band and totally rocked the house. We hear a portion of her snow in Beachland in our segment Live in Cleveland.

Our award for the best musical Internet project in 2009 goes to the Australian singer songwriter Paul Kelly. Throughout 2008 and 2009 he ran a continuous Internet project in which for each month of the year he posted several songs re-recorded in the “unplugged” variants. Each month, one letter of the alphabet was covered (except V and X). This was a wonderful project in which Paul Kelly recorded over 100 hundred songs and posted them for free download at http://www.paulkelly.com.au/. In todays show, we cover at least one song for each letter of the alphabet, and for the other 80 plus songs, visit Paul Kelly’s website. Happy New Year by the way!

Anastasia Changes Her Mind;
Before Too Long;
Careless;
Dumb Things;
Don’t Harm The Messenger;
Everything’s Turning To White;
Forty Miles To Saturday Night;
Gift That Keeps On Giving;
Hard Love;
I Close My Eyes;
Jump To Love;
Keep On Driving;
Leaps And Bounds;
My Way Is To You;
Nothing But A Dream;
Our Sunshine;
Passed Over;
Queenie and Rover;
Randwick Bells;
Stories Of Me;
Saturday Night And Sunday Morning;
South Of Germany;
To Her Door;
Until Death Do Them Part;
Won’t You Come Around;
You’re 39, You’re Beautiful And You’re Mine;
Zoe.

Today’s episode concentrates on (more or less) new Australian rock’n’roll scene. We introduce a new band called Empty State and we wonder if Empty State and Mona Lisa Overdrive are stems for a brand new, exciting rock scene in the land of kangaroos?! We also check out new albums for the well established Aussies The Drones and You Am I plus a new recording off of Paul Kelly’s A-Z project. Then we crash land into the good old US of A and we check out the new Rodney Crowell’s album Sex and Gasoline.

Mission of Burma – Falling;
David Bowie – Andy Warhol;
David Bromberg – Holdup;
The Beatles – Savoy Truffle;
The Stems – Just Ain’t Engouh;
Mona Lisa Overdrive – No Way Out;
Empty State – Sunday;
Paul Kelly – I Wasted Time;
You Am I – Rosedale;
You Am I – Givin’ Up And Getting Fat;
The Drones – Nail It Down;
Todd Rundgren – Determination;
Little Feat – Easy To Slip;
The Figures – Easy To Slip;
T Bone Burnett – Talk Talk Talk;
Rodney Crowell – Truth Decay;
Jeff Beck Group – I Can’t Give Back the Love I Feel for You.