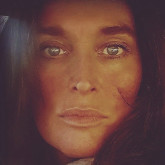 Today we have an excellent selection of new songs that come from some amazing ladies. Solvej Schou comes from Pasadena CA, and she just announced her new album. Katarina Pejak is from Belgrade, Serbia and has her first US release out. Then we take a short train ride West, to a nearby town of Vinkovci, Croatia where we catch the new Punčke single. Kerri Powers comes travels between Massachusetts and Connecticut and there she is at The Little Lighthouse too. We also introduce Lonesome Shack from Bellingham, WA and Vandoliers from Dallas, TX. Baby Spiders may be a new name for us, but two members of Lotion are hiding behind it: Tony Zajkowski and Rob Youngberg. Robert Forster, the legendary Go-Between is back with the new record too. We wrap things up with a live in Cleveland recording of All Them Witches. This episode is dedicated to the memory of Scott Walker.