We start today with new music from Palmyra Delran and continue with new stuff from Chris Church. Continuing the theme of nice songwriting, we check out the new tune from Andy Gabbard. Then we check out music from another Andy, Andy Lewis who we know from his recent collaborations with Judy Dyble. Fernando Perdomo continues his weekly new releases with another new album. Armories is a new name for us, they participate on the recent tribute to 20 20. Than we go to the remains of Yugoslavia and we hear the new Steve Wynn cover from Zvonka Obajdin and Svemir . Also, we hear a brand new tune from Dino Santaleza and Pridjevi. Staying on the same ground, but covering different times, we pay a tribute to Branko MaruÅ¡iÄ‡ ÄŒutura and ÄorÄ‘e BalaÅ¡eviÄ‡, both of them passed away within a day from each other recently. 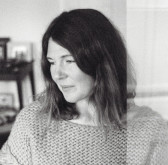 Ultimate Painting duet is back with the new album over in UK. Another duet, husband-and-wife Luke Doucet and Melissa McClelland are back with the new album of blues standards as Whitehorse. Another husband-and-wife duet, Mark Nicholas and Alison Cotton over in UK, is presented here for the first time as The Left Outsides. We know nothing of Palmyra Delran’s marital status, but she is also back with the new album and almost every song out there features someone to help her in a duet. Speaking of duets, Colin Linden teamed up with Luther Dickinson, and we check that out in this episode. We also hear new music from Rosali Middleman from Philly, Pedro the Lion from Seattle and Lost Bayou Ramblers from Broussard, Louisiana.

This is the first show this year filled with new music. We open up with Palmyra Delran who’s latest single You’re My Brian Jones is a big hit on satellite radio. Then we have the legendary Shoes. They reissued one of their ultra rare albums from the 70s, Bazooka and also recently released a brand new album Ignition. Stan McMahon is a new name, he comes from Portland, OR and has a cassette tape on Burger records. Low Cut Connie caused quite a stir last year when they appeared on the Rolling Stone magazine list of best songs. They also played in Cleveland, so we feature them in our Live from Cleveland segment. Steve Wynn has a album of home demos that he made in his apartment in NYC. Dead Horse One are a new band from France and they perform a very competent version of shoegaze rock. They sing in English, but we also have some Americans that sing in French today. It’s The Revelers from Louisiana, a band that plays cajun rock and who were formed by the members of Red Stick Ramblers and Pine Leaf Boys. Another one of our favorite cajun bands, Mama Rosin has a holiday single, so we check that out as well. Finally, at the end of the show we land in Balkans and we check out an Americana band from Belgrade called On Tour and punk-rock-kazachok band called Cherkezi United, lead by an Ukranian living in Zagreb.

I finally saw Gentleman Jesse live and I loved the show. A snippet from that show is in today’s episode. Jesse played in Cleveland his new song Word Gets Around and a cover of King Tuff’s Connection. King Tuff is a new band for me, so we check out also their own version of Connection and we introduce them to the Little Lighthouse. Inspired by the new Obits version of Milk Cow Blues, we explore the history of this great song by hearing four different versions of it. Brimstone Howl has a new 45 out, they cover Neil Diamond’s song Solitary Man. New names for today’s show are Palmyra Delran – a powerpop singer-songwriter from New York City, Mark And The Spies, a powerpop band from Netherlands. Also we have DV Nikt art-rocker from Philadelphia and The Guilty Hearts, garage rockers from California. We finish things up with wonderful last year’s Boz Scaggs jazz standards album Speak Low. We caught it as it was slipping thorough the cracks of my forgetfulness.